How Is Raksha Bandhan (Rakhi) Celebrated 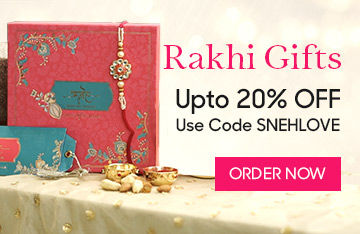 The festival of Raksha Bandhan is celebrated in a variety of ways and forms by people. The festival is celebrated in different ways by the people residing in various parts of India. It is an occasion which observes the love and duty between siblings and falls under the Shravana month of Hindu calendar which is equivalent to the August month of Gregorian calendar. Some of the various ways related to the celebration of Raksha Bandhan are described below:

This occasion is celebrated prominently in the northern parts of India which has diaspora of people hailing from various states like Haryana, Punjab, Rajasthan, Uttar Pradesh and other states. The celebration of this festival in these regions includes these common practices as stated below:

Before the coming of Raksha Bandhan, sisters begin buying rakhis for their brother from the market that are specially decorated for the occasion. They look out for special rakhi in the form of colourful threads, silver rakhis, bracelets, amulets and other men's wrist accessories for the occasion of Raksha Bandhan. You can also check out the colourful Rakhi gifts for your beloved brother here.

On the day of Raksha Bandhan, brothers and sisters wear new clothes and observe the festival in the presence of their parents, elders and grandparents. The ritual involves lighting a diya or earthen lamp which represents the fire deity and performing of aarti by the sisters. They perform prayers for the well-being of their brother and apply a "tilak" on the forehead of their brothers. Along with this, a portion of sweet/ dessert or dry fruits is fed to the brother and finally the rakhi is tied around the wrist of brother.

Offering of Rakhi Gifts by Brother

After the rakhi is tied around the wrist, it is now the turn of brother to offer special rakhi return gifts to his sister. The gift could be in the form of a money, a gift from an offline or online gifting store in the form of rakhi special gift hamper, a dress, a piece of jewellery items or any other such presents. For brothers who want to offer something unique and extraordinary to their sisters can check out the stunning range of Rakhi return gifts for their sisters at this place.

In the northern parts of India like Uttarakhand consisting of the Kumaon region, the occasion is celebrated with the changing of "Janau" threads that are worn around the torso. The festival is not just linked to brother and sister but even to all brothers. The occasion is called by the same name but the mode of celebration in this part of India is bit different. Apart from this, a fair is also conducted in the Champawat region on this day.

In the Jammu region of India, the occasion of Raksha Bandhan is celebrated in the entirely different manner. It begins with the Kite flying festival which begins a month before the main festival with the active participation of the locals. People fly a wide range of kites that are of different shapes, colours and designs. These kites are also flown with special strings by the people.

In the Rajasthani and Marwadi community, woman tie rakhi on the wrist of their brother's wife or the sister-in-law (Bhabhi). The custom is followed as the wife of the brother is responsible for the well-being of their brother and being a part of the family, her well-being is important for the whole family as well.

Tying of special rakhi known as Lumba Rakhi - As mentioned above, the occasion of Raksha Bandhan has moved ahead from the brother-sister relationship and is now actively celebrated among different relationships also. In the Rajasthani and Marwadi community, woman tie rakhi on the wrist of their brother's wife or the sister-in-law (Bhabhi). The custom is followed as the wife of the brother is responsible for the well-being of their brother and being a part of the family, her well-being is important for the whole family as well.

This special Lumba Rakhi for bhabhi is also an old trend in Gujarati, Punjabi and other families. These colourful rakhis are now catching up with the people of entire India and are becoming a huge rage on the occasion of Raksha Bandhan.

Due to the huge variation in the multi lingual culture of India, celebration of a particular festival has taken their own forms and manifestations. In the parts of West Bengal and Odisha, the occasion is known as Jhulan Purnima where Lord Krishna and Radha are worshipped by people on this day. Sisters then tie beautiful rakhi on the wrist of their brothers and wish for their good health. There is a mood of cheerfulness and joy all around the cities where people belonging to multiple spectrum like political parties, offices, friends, schools, colleges, common residents, high class people and others actively participate in the occasion.

Further, the "Rakhi Utsava" is quite popular in Shanti Niketan which was the institute founded by the Nobel Laureate Rabindranath Tagore where the festival is celebrated with great enthusiasm to promote universal brotherhood.

The festival of Raksha Bandhan is celebrated in Maharashtra and other coastal areas in the form of Naarali Poornima where sea is worshipped by the people. The fishermen community throw coconuts into the sea as offerings to sea. Furthermore, people consume coconut based sweets and dishes that are cooked in every household. Later part of the celebrations are commenced after worshipping the sea.

In other southern states like Tamil Nadu and Kerala, the occasion is celebrated as Avani Avittam that falls on the full moon night during the month of Shravan. The festival is mainly for all the male members of the family. Brahmins on this day take a dip in the water and ask atonement from all their past sins. After the conclusion of the ritual, the holy thread or the "janau" that is worn across the body is changed with a new thread. They also make resolution about performing the good deeds during this "thread changing" ceremony. Scholars also recommend the reading of "Yajur Veda" which is continued for the next 6 months.

In the western states like Gujarat, the festival of "Pavitropana" is celebrated alongside the occasion of Raksha Bandhan. Women worship the Lord Shiva by pouring water and placing offerings on the Shivlinga. They visit the temples on this day and ask forgiveness for their past sins.

In these regions, the occasion is celebrated in the name of "Kajari Purnima" which is a festival of farmers and mothers. On this day, farmers worship their land whereas mothers perform the special pooja with their sons. The celebration for the event starts a week before the main occasion. The wives of the farmers go to their fields and collect some soil from their fields in leaves. This soil is then planted with barley seeds and is kept in the portion of the house which is well scrubbed and decorated. After the completion of 7 days, the put is taken out and submerged in a well or river by the women alongside the prayer that asks for the longevity of their sons.