Money plant is popular and known for bringing positivity, prosperity and good luck to the area. As per Vastu as well as Feng Shui, money plants have a strong effect on the financial well being. This air purifying plant is one of the best plants to energize the house by filtering air and increasing oxygen flow. 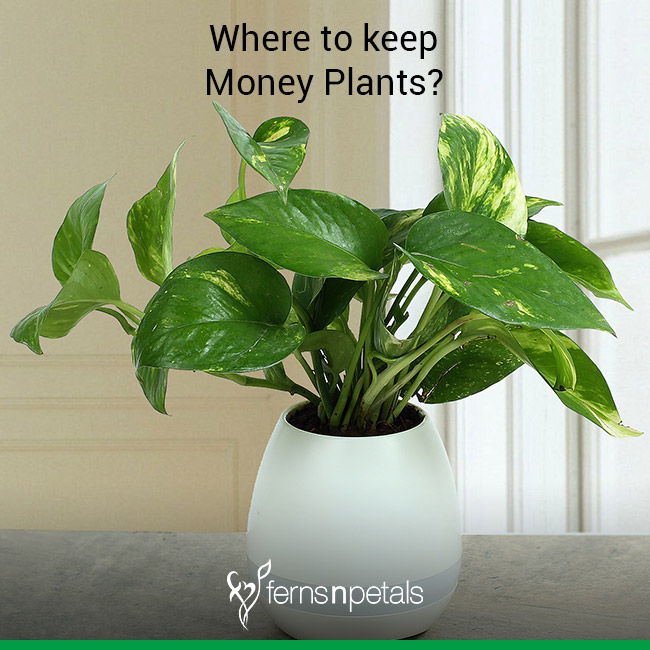 Benefits Of Having Money Plant

Money plant is very helpful in coping up with stress and anxiety, especially when placed on a sharp corner. Placing a money plant in the bedroom helps avoid arguments and cure sleeping disorders.

The very important benefit of money plant is that it attracts wealth, hence the name money plant. As per Vastu, it wards off negative energy creating room for positive energy. Vastu experts suggest keeping a money plant in the house helps remove financial obstacles and brings prosperity & good luck. It is said that money plant helps bring multiple sources of income and recommend growing it inside the house.

When money plant is kept at the north entrance, it is said that it attracts new sources of income and various career opportunities to the residents. It brings good luck inside the house.

South-East Direction as per Vastu:

South-East Direction as per Feng Shui:

As per Feng Shui, the south-east area aka Bagua area is connected to financial stability and abundance. It is said that money is usually kept in the south-east area of the house which is why keeping a money plant in this direction helps attract wealth.

Money plant should never be kept in the east-west direction of the house or room, as it invites trouble. It could lead to financial problems, or arguments and messy moments to the ones who are married.

Growing the money plant in a green or blue vase helps invite more wealth, and helps remove any obstacles in the flow of energy. It makes more space for positive energy flow.

Do Not Let The Leaves touch The Ground

If your grown money plant is haphazard, pruning is very important. Make sure the leaves or stems of your money plant are not falling on to the ground, as it is considered highly inauspicious.

Do Not Let Others Prune Your Money Plant

Do not let anyone else prune your money plant, including your neighbour, friends, or family. Letting them prune it or cut the leaves signify giving away your wealth to someone for free.

So these are some facts about money plants, which help attract wealth and emit negativity from the area.