A brother-sister relationship is one of the most influential ones. When a child is born, he/she spends the most time with the parents but with the arrival of a younger brother or sister, things change. The siblings then spend most of their time with each other. Reports suggest that siblings or brother-sister generally spend more time with each other during childhood than they do with parents or anyone else, and sibling relationships are often the longest-lasting relationship in any individuals’ life. 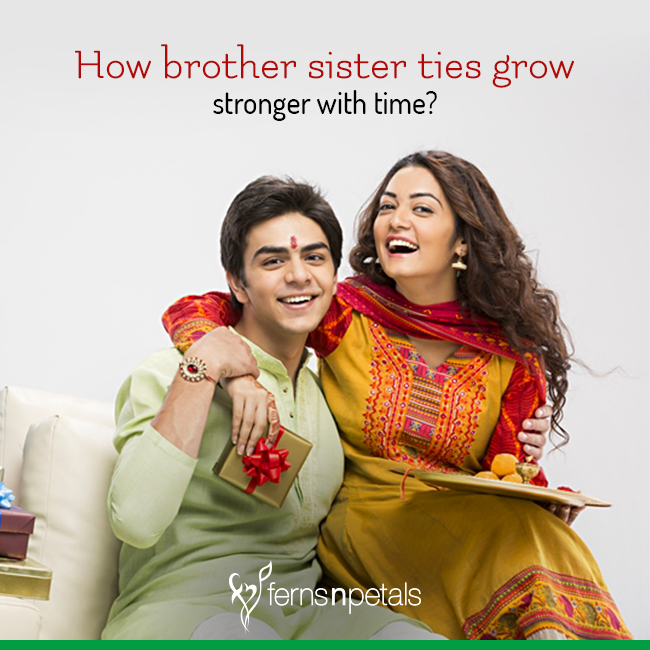 Now like any other relationship, this brother-sister relationship also goes through a dramatic graph. There is the entry of other people like friends, colleagues, or a life partner but this brother-sister bond of love just grows over time. One can easily lie to a friend or even a life partner, but not to a brother or sister. In the book, “Adult Sibling Relationships”, author Geoffrey Greif says, “If I have friends I don’t like, I can drop them. You can divorce a husband or wife. Siblings are inescapable.” That’s what makes this brother-sister bond more special. Their bond is unbreakable and grows with shades of time.

In general, life can be segregated into three large pockets and one can read below to know how this brother-sister bond just grows stronger with time.

The parents divulge this news to the older one about the arrival of a new member in the family. Now, either the older one feels jealous because the parents become busier with the new one or the older sibling take care of the baby brother or sister just like a parent. When the younger brother or sister find the older one to be responsive, then a constant supportive bond is established. This sibling attachment is further accentuated when the primary caregiver is absent (in tragic cases when either or both the parents are absent). A major change comes when school life begins because that is the time when a child comes in contact with peers and becomes social. So, the older brother or sister becomes less dependable on the younger one as he/she has made new friends. Again when the younger siblings start school life, the older one is always there to teach certain lessons and solve many questions too. But having said that, the frequency of fights and quarrels is also high at this age.

This is the time when those childish fights of “taking the favourite toy” transfers into stealing clothes or taking the favourite pen. This is also the period when the brothers and sisters start to be each other’s emotional support and inspiration. Well, in cases, when either of the brother or the sister is better at academics or sports or any other skill, comparisons are drawn. This comparison becomes more prominent when one of them is well-behaved than the other. This may lead to many series of fights between the two but again they also start understanding each other in a better way. They strategise together against the cruel relative; they plan their wicked best to spend their summer holidays; they also experience each other’s flaws and strengths.

After spending the whole childhood and teenage together, adulthood is the time when the brothers and sisters experience distance between each other. Due to higher studies, professional choice, and marriage, the “home” where they grew up becomes far and dearer both. They eagerly wait for special occasions like birthdays, Diwali, Raksha Bandhan, marriage ceremony, etc. to get back to each other. This is the space when they become more connected to each other emotionally. In teenage, they were not so confident about each other and kept some love-life secrets away from each other. But now, as both of them are facing life on their own – they are more compassionate and considerate about each other. They give time to each other, listen to each other with care and patience, come up with ideas and solutions to resolve any challenge, etc. They also develop a habit of surprising each other with gifts. For example, if one of them couldn’t meet on any particular occasion, a lavish gift would wait to make up for the absence. In total, during adulthood, the brothers and sisters become way more generous than they were in the earlier stages of life.

What Bind Brothers & Sisters To An Eternal Bond?

The two primary things that play a major role in binding the brothers and sisters to an eternal bond are- failure in life and loss of dear ones. Life is quite colourful and hassle-free during childhood. The loss of a dear pet or a certain failure (like not being able to qualify for a competitive exam or talent show) works as an adhesive in the brother-sister relationship. At this point, the brother-sister duo boosts up each other’s confidence.

The loss of a family member also plays a major role in strengthening this beautiful bond. At this situation, the brother and sister try to fill in the absence of the deceased person in each other’s life.

The brothers and sisters, as they go through various stages in life, just bonds better.

Common Things That Change Meaning Over Time In Brother-Sister Bond:

Many things since childhood days stirred fights and in the later stages of life, the same things become an expression of love. Some of the things or ideas mentioned below can also be a perfect Rakhi gift for brother or sister.

Chocolates: In childhood, literally, they fought for an exact equal piece of chocolates. But with time, they start being generous and never forget to bring chocolates to celebrate special occasions or just to cheer up one another. Some also hide chocolates in their brother’s or sister’s bags or pockets to surprise them.

Clothes: Initially, when the younger ones were given the clothes of the elder ones – it led to friction between the two (in cases the siblings belong to the same gender). But during teenage and adult days, they tend to eye for the clothes of each other.

Trips: During childhood and half of the teenage, the window seat of the car, plane, train, or bus were dearer to both brothers and sisters. But with time, both of them become generous and go to trips without any fights at all. Trips, when announced during childhood, were more about who will get what amount of time behind the window seat. But in the mature ages, brothers and sisters just look forward to a trip together so that they can talk their heart out without any petty fight.

Food: While staying together, the brothers and sisters simply hate to serve food to each other because one always finds a way to irritate the other with a certain mannerism. The teasing can be anything from – eating more food when the other one is in charge of cooking or picking up nooks in the dishes. When the same brother-sister duo stays apart from each other, the nostalgic food of home becomes a common topic of discussion. Staying away from home, they learn how to cook, and sometimes guide each other too. So, while meeting after a long gap, they plan to treat each other with their culinary skills apart from enjoying in restaurants.