It may sound crazy to you but there are lots of people who are very particular and proud of their flourishing beard. For them, it is not just a symbol of masculinity but more about the way of expressing their attitude and personality. These are the guys who seriously live up to the saying, “Man without a beard is like a lion without a mane.” Well, if you have been hesitant for a while whether to grow a full beard or to remain clean shaven, here is the more compelling reason with a social message that can encourage you to go for that “full bearded and moustache look” for the whole November month.

Do you know there is actually a “No Shave November” theme which has been trending and followed by people all over the world? If you are still ignorant about it, here is the detailed insight about this universal theme that encourages men to go for the complete beard and moustache look.

What is No-Shave November?

“No-Shave November” is defined as a month-long journey where men avoid shaving and grooming in order to increase cancer awareness and discussion about cancer. It means embracing the hair which is lost by many cancer patients during their treatment of chemotherapy and allowing this hair to grow wild and free.

Who is the inspiration behind this global movement and how can you participate?

The No-Shave November global movement is started by the organization with the same name. It is a web-based non-profit organization which is engaged in creating cancer awareness among people and helps in raising funds for cancer prevention, research and education.

The participation in this global event is very simple. The participants just have to grow their beard and moustache by putting down their razor for 30 days. Women can also participate by letting their legs go natural and avoiding that waxing appointment for a month. Once, you have decided to go razor free, you need to donate your monthly hair maintenance expenses to the cause of cancer patients. Further, you can create your own personal “No Shave November” fundraising page on social media and can invite your family members, friends and other loved ones to this noble cause.

What is the backstory behind this “No-Shave November”?

Rebecca Hill along with her friend, Bret Ringdahl in the year 2009 was brainstorming about the ways where anyone irrespective of their age, gender or income level can contribute to raising money to fight cancer. After lots of discussions, No Shave November emerged as the obvious choice as everyone spends some amount or the other on grooming and hair maintenance activities such as shaving, waxing, trimming or threading. The idea developed into the global movement when Rebecca’s father Matthew who was diagnosed with cancer in the year 1996 ultimately passed away in the year 2007. Later on, his 8 sons and daughter started the campaign for fundraising for cancer prevention, awareness, education, and research.

The No Shave November started as a Facebook fan page with around fifty participants in its first year and is done with the spirit of helping out those suffering from cancer and awareness programmes. In the year 2013, No Shave November partnered with the American Cancer Society to ensure that the funds raised during the campaign are effectively utilized in the various areas such as awareness, prevention, and research.

Other modes of participation and support

Even if you don’t want to grow a full-fledged beard and moustache for the event, you can still support the noble cause in various ways. You can send funky T-shirts bearing the “No Shave November” slogans and messages to your dear ones to increase awareness among people. Apart from this, you can also order designer bracelets, bands and other gift items that can convey the importance of this global event. If you have little high profile contacts, you can organize seminars and guest lectures regarding cancer awareness and education. So, get engaged now and offer your support to this noble cause with or without growing a beard and moustache. 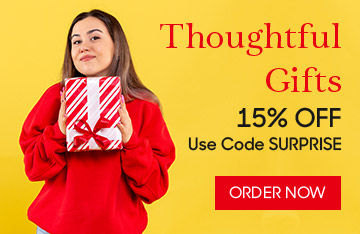