Blog » Plants » Know About The Interesting History Of Terrariums

The normal habitat of plants used to be forests but then human beings started to build their homes clearing the forests. They started to build homes with gardens in front or back. Then humans became more civilized and thus the gardens became smaller and pots came into much use to accommodate the plants. Currently, due to the lack of space and also due to the hazardous climate outside, people have to bring greenery inside their home and office. The indoor air remains clean and clear and people fall less sick.

Terrariums are one of the much popular and trendy home décor items in urban homes where people have limited space. Terrariums add the much-needed beauty to space and also wipes way toxins from the atmosphere. For the uninitiated, a terrarium is generally a sealable glass container containing soil and plants. One can open it to maintain the plants. Terrarium plants come in both closed and open glass containers.

It is fascinating to learn how plants live happily inside a closed glass box – right? Well, the terrariums use the process of condensation and evaporation to maintain humidity. The transparent glass walls allow both the heat and light to enter the terrarium. This creates a small scale water cycle inside the glass walls. Moisture from both the soil and plants evaporates in the raised temperatures inside the terrarium. The water vapour then condenses on the walls of the glass container and eventually falls back on the plants and soil. Therefore, there is an incessant supply of water inside this sealed glass walls. This process prevents the plants from drying up and keeps them healthy. 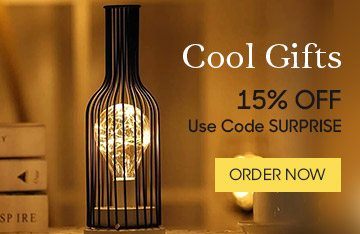